With A Crane’s Eye 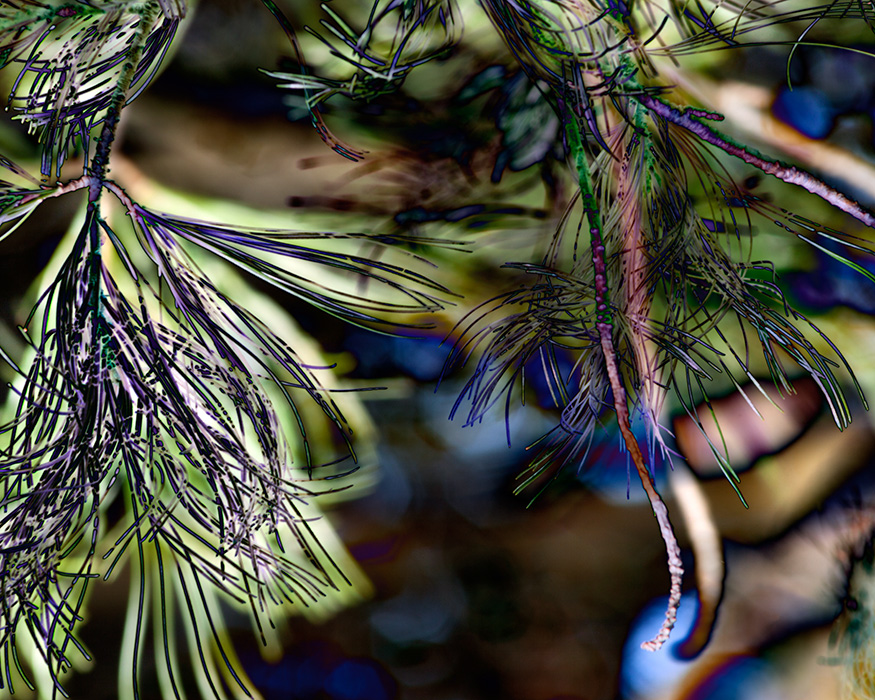 Mirroring nature, the details in these composited images seem to go on, fractal-like, indefinitely. Using shifting combinations to reshape observable forms of plant life, I discovered an intricacy greater than the sum of its parts.

Going deeper into the compelling tangle before me I blended previously altered images. Curious paths opened up as elements fell into place through coincidence. As multicolored forms encountered fluid lines, I adjusted tonal values. Nothing was fixed and I sometimes became unsure of direction. When reaching an impasse I found a previously unseen direction by simply replacing one piece. In spite of multiple manipulations, the original natural forms were not lost, but enhanced. What started as a puzzle crystallized into a group of 20 kaleidoscopic images.

The crane’s view is vast in expanse and able to observe the smallest points. A profound sense of nature’s complexity came alive as I sought “to see that side of life that one could not see before.”

Thanks to the staff and directors of Bernheim Arboretum and Research Forest where these images originated. In 2017, I was awarded a six-week artist residency there which resulted in the series Phantasm: Autumn in the Kentucky Woods. I was encouraged to continue this process by Jenny Zeller, arts coordinator at Bernheim. Along with my desire for more complex imagery, her interest prompted me to return to this material soon after Phantasm was finished. That series concerns nature in a specific season and location, whereas With A Crane’s Eye is unbounded.

A print-on-demand book showing the entire series is available here. 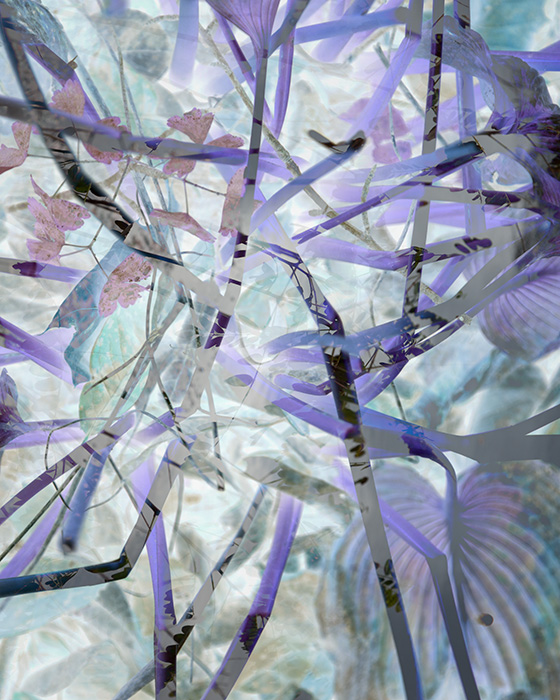 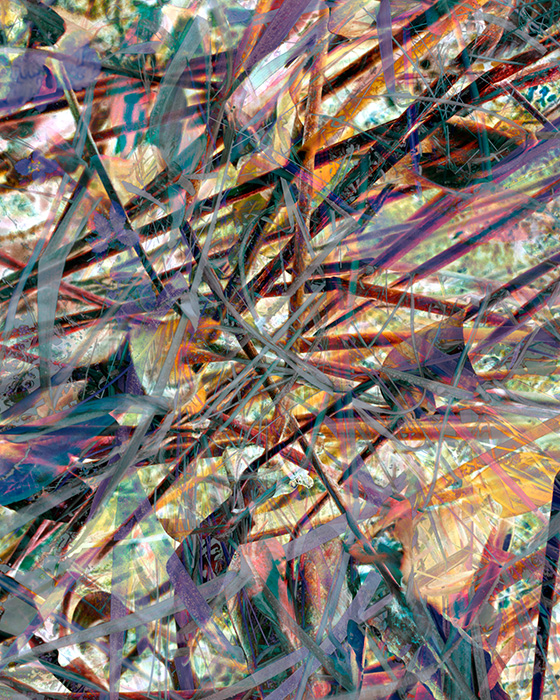 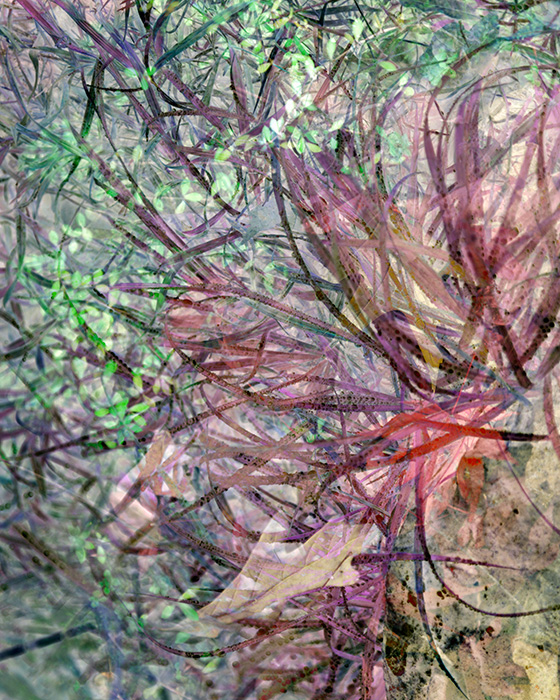 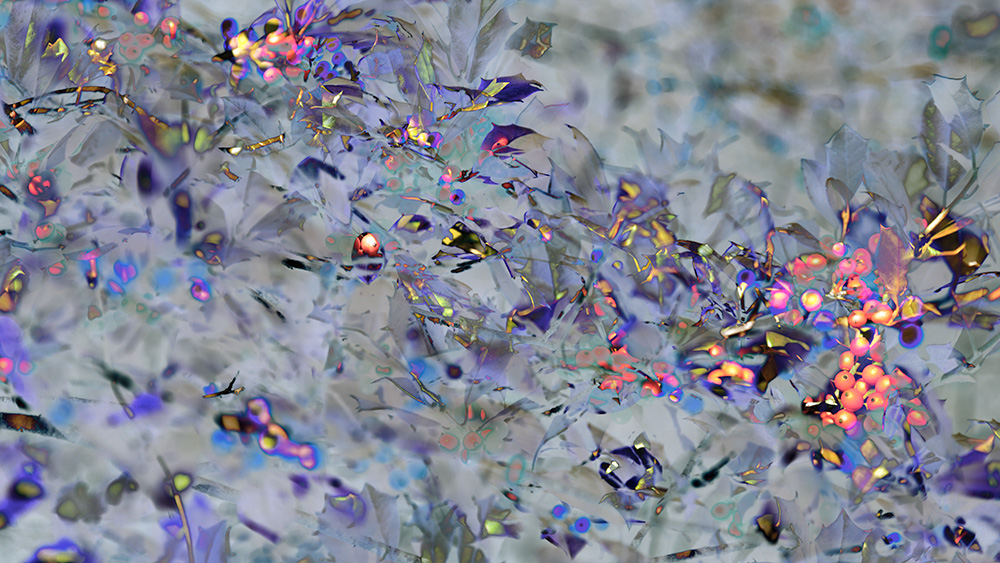 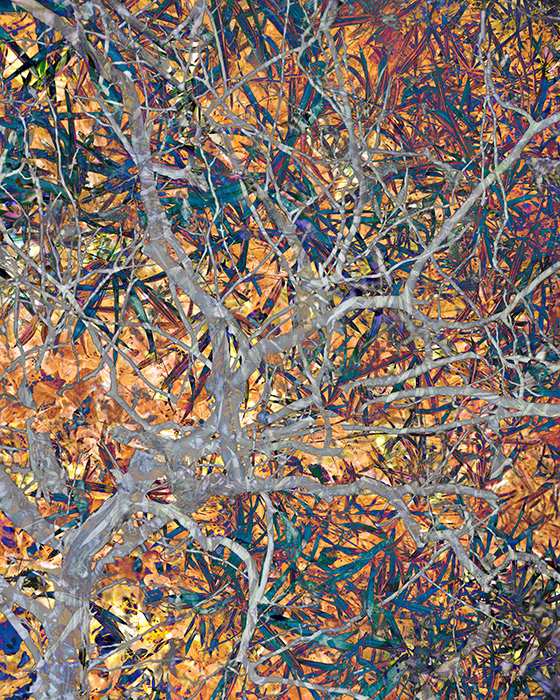 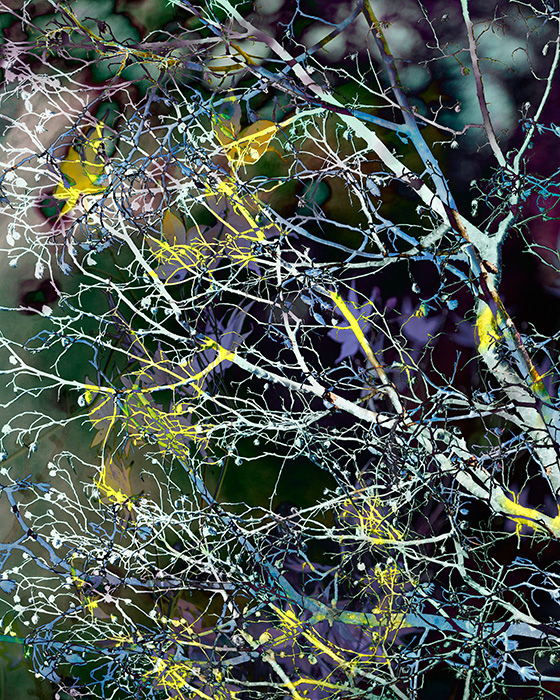 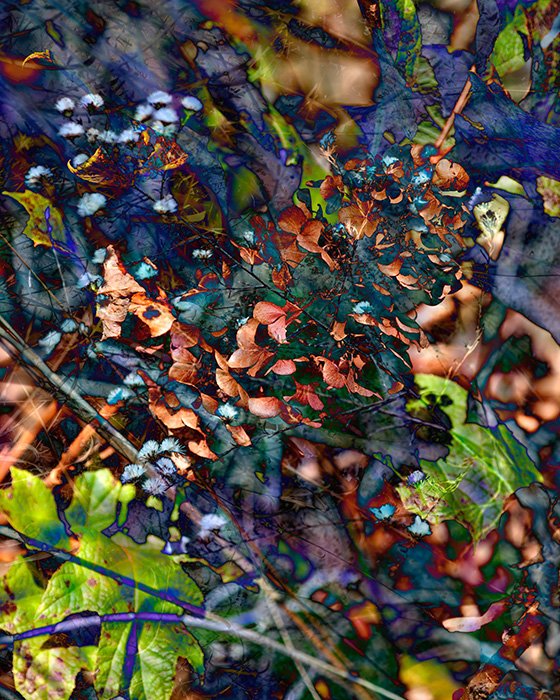 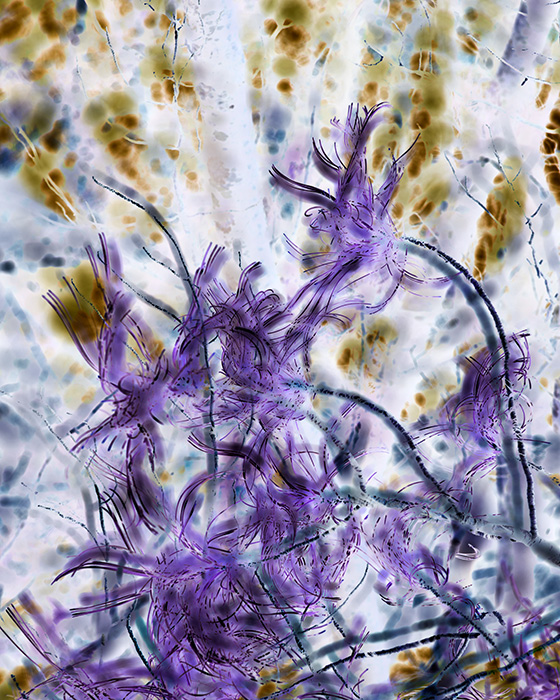 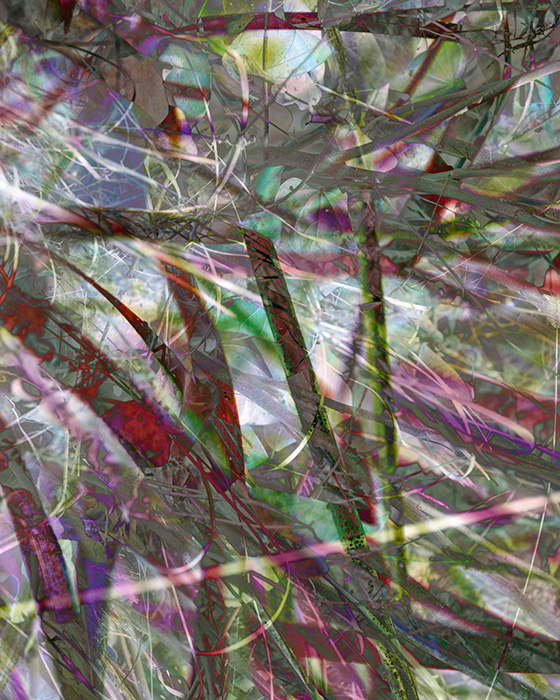 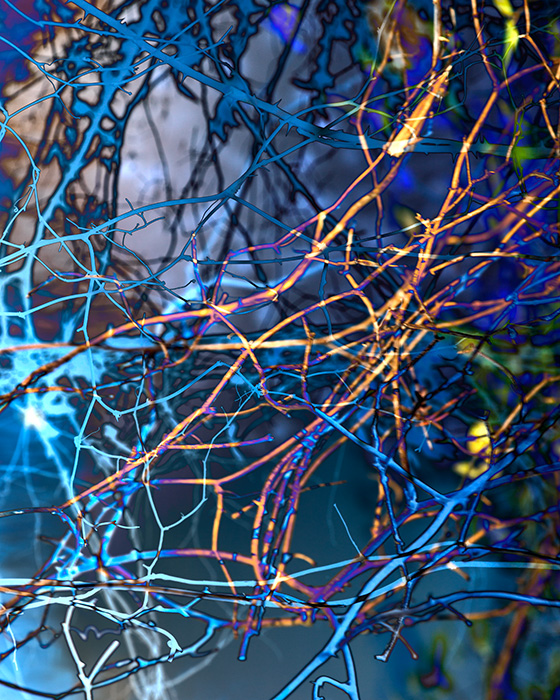 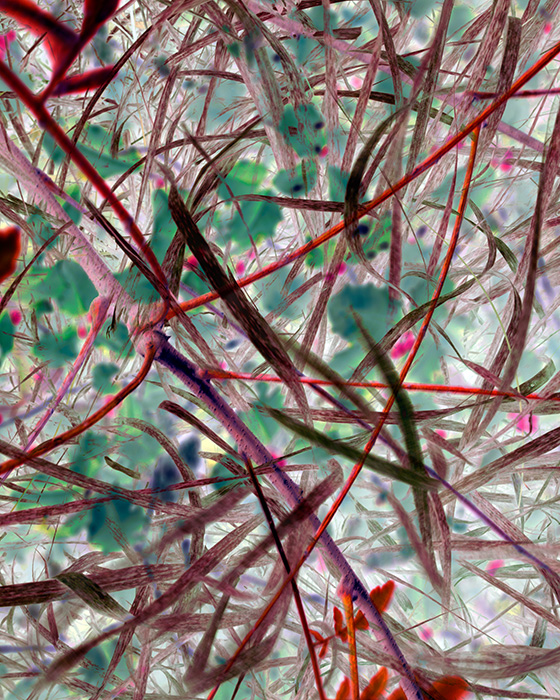 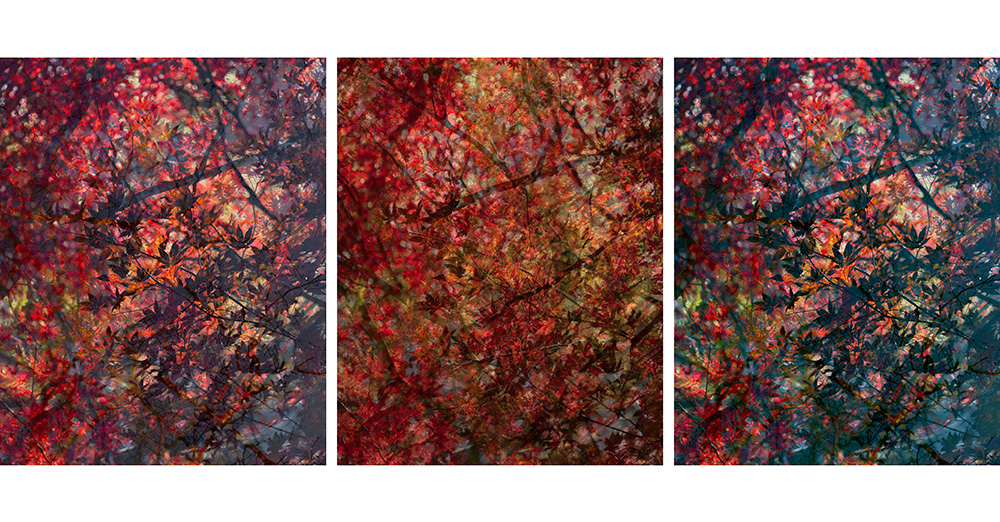 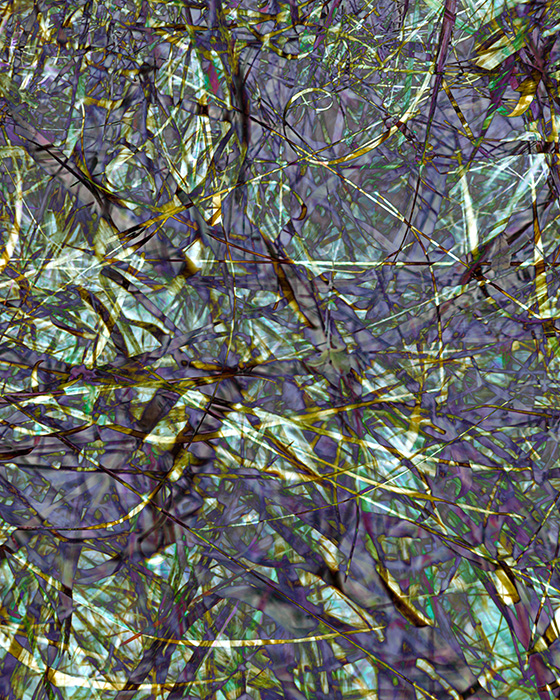 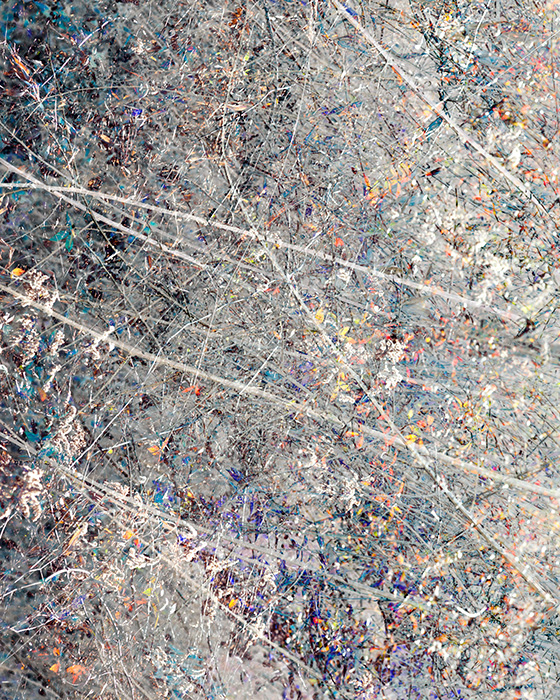 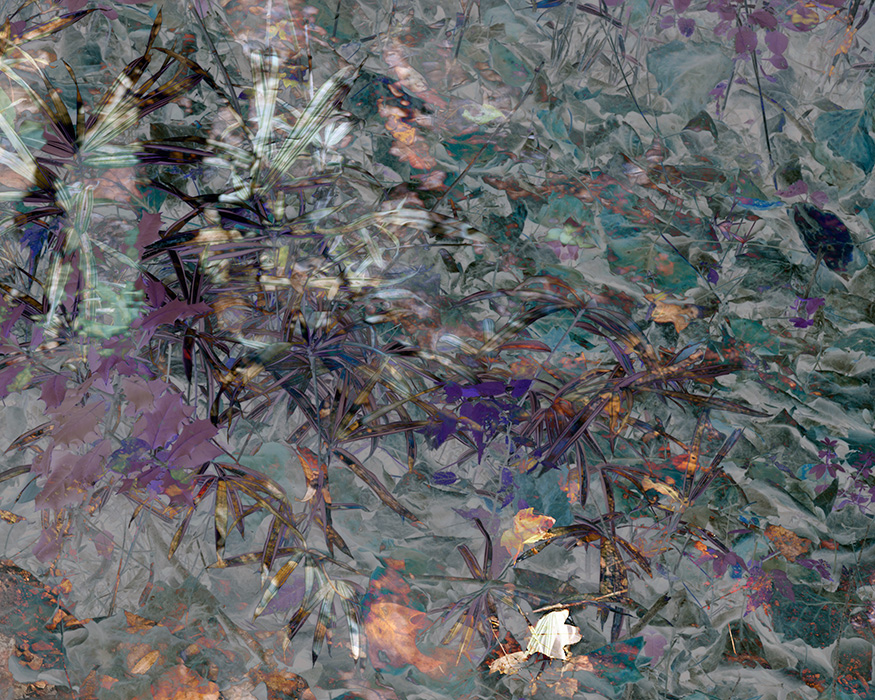 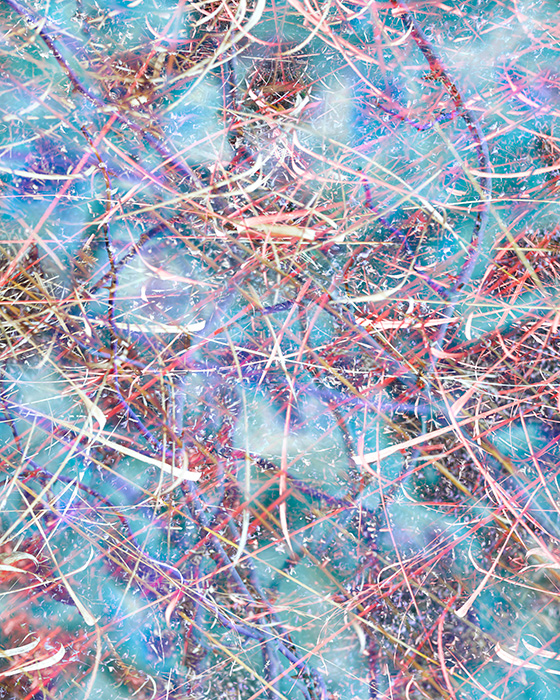 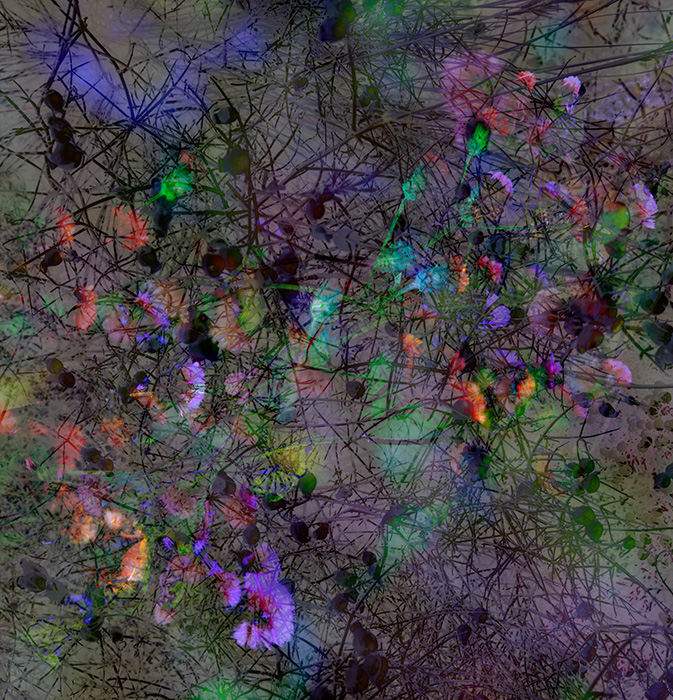 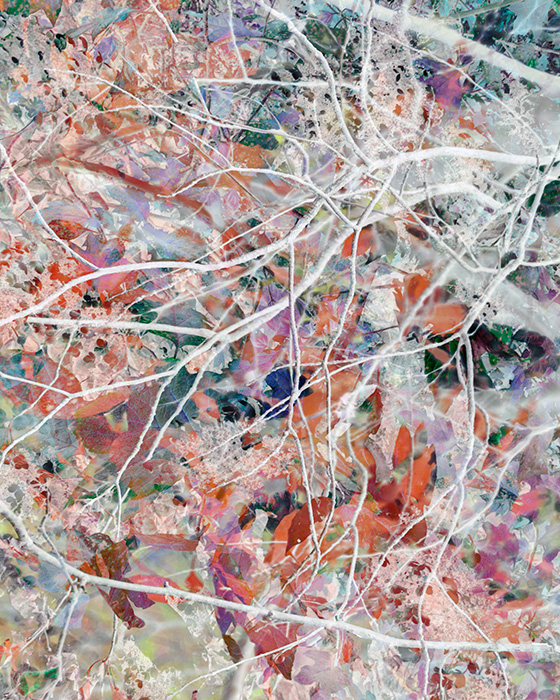 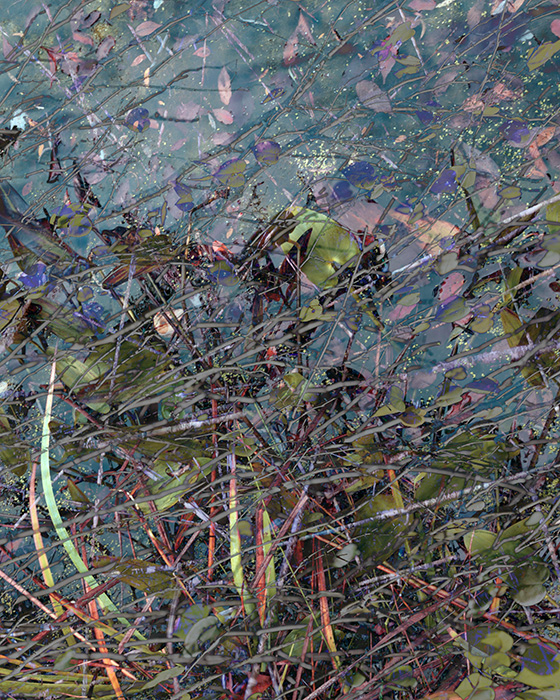